Hopefully 2018 will have as many
impressive rookies as ’17 did!

As soon as the new year hit, I’ve hit the ground running, stopping by some of the newest breweries that have opened within the last few months. This includes From The Earth, Good Word, Pontoon, and New Realm. Atlanta and its surrounding cities certainly have a lot to look forward to with so many new guys crafting ales and lagers adding to the already booming selection we have been blessed with.
Along with my cruisin’ for a brewsin’, I’ve been writing a gang of articles; I just contributed a piece to All About Beer for the first time (look for that) along with a couple more surprises on the way, but I just saw that the awesome beer website Oct.co just posted my submission for what I considered my top beer rookie of 2017. I sent them a few of my faves but due to limited space, they could only use one and honorable-mentioned my other joints. So with that, congrats to the Wild Heaven DIPA collaboration being selected called To Dan! in honor of my late friend Dan Rosen. I would’ve picked that one as well due to so many factors involved with it including the power of good people bouncing back from a major tragedy. (I wrote about it in my Brick Store story for CraftBeer.com too, here. This is one of the best pieces I have ever scribed by the way.) However, I wanted to make sure the others I turned in got the love they deserved as well, so here they are below. Of course, there are tons more, but I can only do so much right now. Shit is crazy out here! I will be adding more as time allows.
Happy sippin’ to 2018 and beyond!
Ale

Easily the most heartstring-pulling brewing collaboration of the year, Decatur, GA’s Wild Heaven collaborated with a dream team of brewers to craft an amazing double IPA infused with fresh coconut called the To Dan! Due to an unfortunate circumstance, this IPA was brewed to help raise funds for the former wife of the late Dan Rosen, a stellar brewer, globetrotting beer authority and co-founder of the award-winning Mazurt Brewing Company who was tragically killed in a hit-and-run accident in early June of 2017. Wild Heaven’s brewmaster Eric Johnson, Hamp Covington (Dan’s business partner of Mazurt), Cigar City head brewer Wayne Wambles, and Max Lager’s owner John Roberts proved that craft beer is for more than imbibing; its for paying respect, unifying, and giving during somber times. The To Dan! was a complete success by the way. And delicious.

Monday Night Brewing has lit up Atlanta’s beer scene after opening their second location in the city’s West End—their massive “Garage” barrel-aging and sour brewery—in 2017. Their first bottle release from the new facility were 500ml-vessels of their decadent Situational Ethics imperial stout at 13.5% ABV in three versions—the Cinnamon Vanilla Maple Bourbon Barrel, Coconut Vanilla Rum Barrel, and Coffee Vanilla Bourbon Barrel. All three were stellar. Notice “were”? Unfortunately, they were very limited one-and-dones but undoubtedly one of the best introductions to a new brewing site 2017 has seen. Another release this year, the triple dry-hopped Space Lettuce Double IPA was no joke either. Finally, a “case of the Mondays” we all welcome. 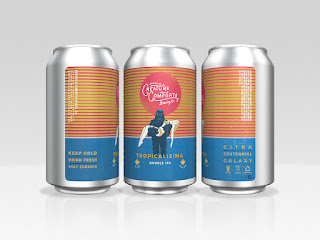 Already putting the entire state of Georgia in a frenzy to locate any retailers selling their now nationally renowned Tropicália IPA, Creature Comforts added fuel to the fire by releasing what’s loosely termed its “double” version, the Tropicalisma. While the malt bill and hops—Citra, Centennial, and Galaxy—are the same as ‘Cália (but intensified), the ‘Lisma uses the yeast of their equally phenomenal Duende IPA, along with an 8% ABV kick. The result is a plethora of citrus fruit notes met by a perfect blend of hop varieties only local Georgians and a few implants were lucky to consume. Hopefully they will make more when their highly anticipated expansion opens its doors in mid-2018. Hurry up! 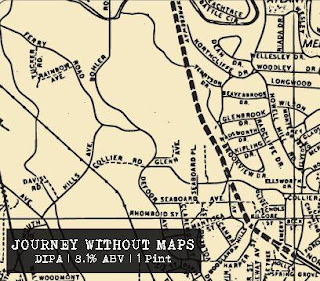 On the brink of being 25 years old, Georgia’s oldest craft brewery is making sure this monumental achievement gets ushered in style with its first 16-ounce can release containing the Journey Without Maps Double IPA. Thanks to the appointment of the new and very talented director of brewing operations, Gavin McKenna, Red Brick’s last launch of 2017 will bring in the new year with arguably their best IPA to date. Journey boasts five pounds of Citra, Eukanot, and Denali hops per barrel balanced with malted wheat and flaked oats to let Georgia and its surrounding states know they are stepping their game way up in 2018.

One of the most enterprising and significant brewing companies in the world, New Belgium, has rewarded their fans’ patience by finally bottling their Wood Cellar Reserve Series’ revered Felix and Oscar aged in apple whiskey barrels and blackberry whiskey barrels direct from Denver’s own Leopold Bros. Distilling. Cleverly named after the Odd Couple sitcom of yesteryear, the Felix—which serves as the base for La Folie—and Oscar (the base for Le Terroir) were presented in 375 ml and 750 ml bottles complete with corks. In 2017, this refreshingly complex tandem not only met expectations, but exceeded them. New Belgium knows their sours.