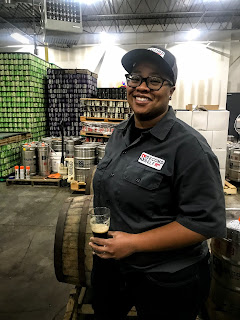 Cheers Y’all!
It’s been an eventful, productive and often controversial 2018 in the craft beer scene, and I had quite an experience covering every minute of it. For the upcoming new year, I want to definitely do a lot more profiles on what I call the “Movemakers Series”—basically, enterprising individuals who are making moves whether it’s in the craft beer world and, sometimes, beyond; they will not only have an extraordinary story, but are all about influencing the landscape in a beneficial, progressive way. Second,  I also want to provide guest writers—both aspiring and seasoned—who want to cover this wondrous industry an opportunity to share their thoughts from time to time on this site. Combing these two goals, here is an article by Stephanie Grant, a bourgeoning writer who also lives in Atlanta. We mutually agreed a piece on Second Self’s brewer Zuri Coleman would be a great start, so here we are. So please, enjoy. I mean hey, why wait for 2019? Let’s get it poppin’ now!
Happy Holidays everyone, thank you for the support, and let’s look forward to another unforgettable year!
Take it away Steph.

Thousands of years ago, women were ideal in the production of beer, but today’s popular assumption is that anyone associated with ales and lagers are bearded white men. Females make up a small percentage of brewers in the nation, and Georgia echoes the numbers seen at a national level. I was able to sit down with one of Atlanta’s most respected brewers, Second Self Brewing’s Zuri Coleman, who also happens to be one of the select few women brewing in the city. We talked about how she got her start, her plans for the future, and the current state of diversity in the craft beer scene. As a black, queer woman, Coleman’s mere presence as quiet, humble, and soft spoken breaks the expectation of who you would expect to be brewing beer. She started out at Second Self more than three years ago without any prior brewing experience. Through hard work, determination, and initiative, Coleman was able to move from volunteering in the taproom to working as a full-time brewer.
Like most beer lovers, Coleman’s journey started in college where the choices were the usual cheap, adjunct-loaded beer and sweet mixed drinks. One day, a friend brought Coleman a Blue Moon, and while it was not technically a craft beer, this sip still helped her realize that there was more to the beer world’s flavor profiles than what she was used to drinking.
From there, Coleman couldn’t go back to drinking the cheap brews she was used to, and started to venture out to growler and bottle shops. Filling up her first vessel with Heavy Seas’ Below Decks, a barley wine aged for a year in red wine barrels. Eventually, she visited her first brewery—Atlanta Brewing Company—though Monday Night Brewing became her go-to destination during study breaks.
But it was a visit to Second Self based on Atlanta’s west side that led to Coleman being one of a handful of female brewers in Georgia. During a visit to the brewery, she noticed that they could use a little help behind the bar so she offered her services. After a few months, Coleman started washing kegs and by the end of the year, began dabbling into assisting in brewing.
“Chris [Doyle] and Jason [Santamaria] never doubt their employees’ abilities to try new things in both brewing and day-to-day work,” Coleman explains. “So when I was a keg washer and expressed an interest in learning more about fermentation and taking on more responsibilities, there was no hesitation in teaching me more about the process.”
When Coleman became interested in brewing, head brewer Chris Doyle and assistant brewer Austin Brumley happily started teaching her how the brewhouse works. Second Self even provided her spare time while on the clock to study for the American Brewers Guild.
It wasn’t long before Coleman decided to pitch an idea for a beer—the infamous Margarita Gose. Inspired by meeting friends weekly for margaritas, there was one night when they weren’t able to meet up, so Coleman grabbed the margarita mix from her car brought it back home, and the rest became historic.
“While kegging [Second Self’s] Maverick and Gose that week, I decided to open a keg and pour in the [margarita] mix for the taproom that weekend,” Coleman recounts. After being well received, Second Self modified the recipe during the following year to include more natural ingredients including lime juice and orange peels. It’s not difficult to find a margarita gose at your local craft beer shop now, but Coleman’s was one of the first of its kind.
Coleman and Brumley manage the brewhouse, and contrary to popular belief, brewers don’t spend their days drinking. Coleman says it’s a fun job, but working in the brewhouse can be exhausting. While she’s happy to call Second Self home, she doesn’t think she’ll be throwing around bags of grain and working in the heat forever. One day she hopes to transition to a management position and potentially consult on new and existing spaces in the industry.
For now, Coleman thoughts are on future brews, including one using the Pink Boots Society Hop blend for International Women's Day on March 8th. But before that, Second Shelf has a few more collaborations in the works for an event in February.
“We're letting other breweries make their version of Second Self beers, and we'll serve them at the brewery during our Alter Ego party on February 22,” Coleman explains. Stay tuned for more details.
We couldn’t end our conversation without talking about diversity, a recurring topic in the beer world; I wanted to get Coleman’s take on what breweries and beer bars could do to make people from all walks of life not only feel welcome, but be a part of it. She says that a lot of places talk about how much they love diversity, but it’s important to act on what you’re saying by supporting minority communities with your actions.
“Allow them to host, sponsor their events, and hire them for a wide range of positions,” Coleman says. “Include them in your advertising and don’t pander. And don’t show the same minority in all your photos; we see you. We notice when we see people that look like us and when we do we feel more welcome.”
Coleman also wants us to expand our definition of diversity beyond black people and women. She says, “It’s important to highlight women in the industry, but there are other groups in the brewing industry we should highlight as well. The brewing industry should work towards including people from all walks of life, whether they’re a person of color, gay, or transgender.”
Zuri Coleman has done some incredible work at Second Self in the short time she’s worked there, and she undoubtedly has more cool things up her sleeve.
Until then, make sure to stop into Second Self to try out one of their many great beers on tap. And hey, maybe Coleman will have a new one she came up with to pour. 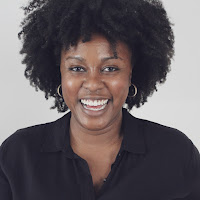 Stephanie Grant has had many loves in her life, but craft beer continues to capture her heart; she’s an Atlanta native who loves experiencing a new city's culinary and  craft beer scene. When she doesn't have her fingers on a keyboard, Stephanie's in the kitchen passionately experimenting with pairing food with ales and lagers. You can follow her beer adventures on Instagram at @shelovescraft.