Subaru and Mercedes-Benz make sure this year is one of their best!
With 2020 reaching its, well, eventful first quarter, carmakers Subaru and Mercedes-Benz show no signs of complacency with new additions to their already revered portfolio. You know my contributors and I do our best to let you know what the best new options are for the road while exploring the world on four wheels, so here we go: 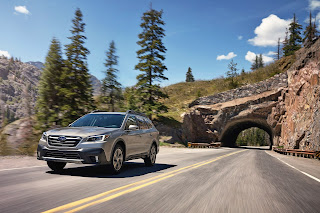 2020 Subaru Outback Limited XT
Besides Subaru’s noteworthy loyalty of their customer base, corporations have made especially the Outback model one of the short list of car options to use for work. Why? Along with the carmaker’s remarkable reputation for reliability over the years, the value, road adaptability, customer service, and practicality have always kept the brand in high regards.
Well now, the sixth generation of the Outback SUV not only sports subtle physical changes sitting on 18-inch aluminum-alloy wheels, but substantial upgrades in the technology department, including the STARLINK 11.6-inch multimedia touchscreen; across-the-board smartphone integration; and DriverFocus Distraction Mitigation System to ensure eyes are kept where they’re supposed be and combat fatigue. We also love the leather-adorned interior; dual USB ports for the rear console; Wi-Fi hotspot connectivity; Lineartronic CVT; hands-free power rear gate; and All-Weather package to make sure we combat any inclement environs confidently. All in all, this midsize SUV is a winner with a very fair price tag around $38K.
Keep the subcompact 2020 Crosstrek and Legacy sedan in mind as well. In an extremely popular segment, the Crosstrek model is one of the most comfortable, spacious, and generous cargo spaces when it comes to packing for long trips. An advanced, yet user-friendly infotainment system seals the deal to make it one of the most sound decisions when purchasing a new auto.


The top-of-the-line 2020 Legacy Limited XT also makes an impression, boasting not only the new, aforementioned STARLINK touchscreen and similar XT benefits, but also LED steering responsive headlights, increased passenger legroom, and a muscle-flexing 2.4-liter turbocharged BOXER DOHC engine pumping out up to 260 horses. Even with the power boost, this sedan still averages 27 miles per gallon combined.
Also note that Subaru proudly announces that their Legacy and Outback are built on the “Subaru Global Platform, which offers increased safety, dynamics and quietness as well as reduced noise, vibration and harshness” for the win, according to their website.
For more information on Subaru’s game-changing 2020 models, visit Subaru.com.

2020 Mercedes GLE350 4Matic SUV
The 2020 Mercedes-Benz GLE350 4Matic SUV is as stunning on the road as it is on the showroom floor. This head turner garnered attention at stoplights and in parking lots throughout Atlanta as I drove the Brilliant Blue Metallic beauty through the streets. With 24-hour roadside assistance, advanced airbag protection system and the Pre-Safe Predictive Occupant Protection System, that prepares and protects the vehicle and passengers before an accident takes place. Using the sensors placed strategically throughout the vehicle, the system senses when an unavoidable collision is about to take place and will begin tightening seat belts, closing windows, and adjusting head restraints to protect passengers.
I felt very safe in this vehicle whether riding alone or with friends and family. With a 2.0 Inline turbo engine and 255 horsepower with 273 lbs. of torque, this car was just as dynamic under the hood as it is inside the vehicle. Further regarding the interior, Mercedes brings their traditional luxury standard with the soft black Nappa leather seats and a natural grain oak interior wood trim; 12.3 wide screen display; touchpad with Apple Car Play and Android Auto with full Bluetooth capabilities; heated and ventilated front seats; and heated steering wheel. Pampering optional features include the 20-inch, 5-spoke wheels with black accents; heated rear seats; surround sound and view system; four-zone automatic climate control; and soft-close doors. With a combined city and highway of 22 miles per gallon, this luxurious vehicle does not skimp on the amenities and ensures a great driving experience. But then again, that’s what Mercedes-Benz has provided us for decades. 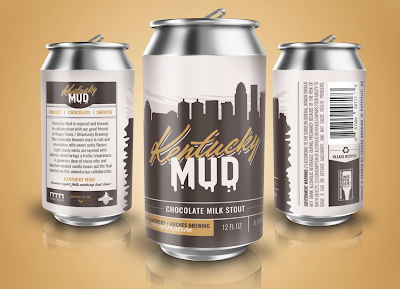 Now Available on tap and in cans today, March 14, from 1 pm–9 pm!
Yooooooooo!
If you don’t know by this point, get a late pass: The Nappy Roots are not only my brothers who rep ATL and their home state of Kentucky to the fullest, but they truly give a shit about craft beer.

Since they reached out to me for their first collaboration with Monday Night years ago to witness their hands-on brewing, their dedication has increased tremendously by traveling throughout the U.S. and making beer with some of the best breweries out there. And you know what? Every single one of their liquid concoctions has been impressive. Now it’s time for a relaunch of an extremely popular one they did alongside the burgeoning Arches Brewing out of Hapeville, Georgia—the limited-edition Kentucky Mud Nitro Chocolate Milk Stout at 6.6%—on tap and in cans today, Saturday, March 14, from 1 pm–9 pm.
The Nappy Roots’ collective taste in beer is no joke; this is not a gimmick what they’re doing. Their passion is genuine. Come support. Plain and simple. Below is the official press release. See you at Arches!
Ale
-----------------------

Grammy-nominated Nappy Roots and Arches Brewery are hosting a one-day craft beer event on Saturday, March 14 from 1 pm – 9 pm, to celebrate the limited-edition beer relaunch of Kentucky Mud – a brewery-only release available on tap and in cans. The stout celebrates the band’s historical roots, being founded in Kentucky and settling in Atlanta.


The band will be onsite to meet fans at Arches Brewery (3361 Dogwood Dr., Hapeville) for a day of sharing beers with friends, staying warm by the fire pits, and enjoying food from Good Azz Food. At 6 pm, the evening events will continue with the opening of Arches Brewing’s second art exhibition of the 2020 season (“Looking for the Southeast”) that will be accompanied by live music from The Human DJ.


“We are excited to sit back with our fans to relax and enjoy the day drinking a beer we are very proud of creating,” said Skinny Deville, one of the founding members of Nappy Roots. “Having our creation back in stock at Arches is dope and we’re excited that craft beer fans will be able to take some home since it will now be available in cans.”


Kentucky Mud is a creatively brewed Nitro Chocolate Milk Stout with an ABV of 6.6%. Its foundation is rich and chocolaty, accompanied by sweet nutty flavors. The light roasted notes are layered with the addition of lactose, which brings a frothy creaminess. A generous dose of cocoa nibs and bourbon-soaked vanilla beans put the final touch on this adventurous style.


“We’re celebrating this encore performance with Nappy Roots and the Kentucky Mud beer by hosting the band at a launch event at our facility,” said Ashley Henry, Arches Brewery tasting room manager. “We have made a limited run of Kentucky Mud in kegs and cans that will only be available at Arches Brewing, so once it’s gone, it’s gone. Come early and enjoy the celebration!”


The band began experimenting with their home brewery, Atlantucky, which fermented their passion for microbrewing. During the past several years, they have mass-produced numerous beers across the country. In addition, the group is in the initial stages of developing a reality show that will follow the band as they visit craft breweries in markets they perform.

The Nappy Roots were nominated for two American Music Awards (AMA) in 2003: Favorite Band, Duo or Group – Hip-Hop/R&B and Favorite New Artist – Hip-Hop/R&B. That same year, they were also nominated for Best New Artist at the Soul Train Award. In 2011, Southern Entertainment Awards nominated their album The Pursuit of Nappyness for Album of the Year. The band’s most recent album, Another 40 Akerz, was released in 2017.