Founders and Tracy Evans reach a settlement. Let's all learn from it. 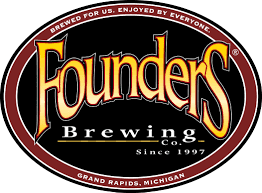 After protests, boycotts and much controversy, things will hopefully move forward for everyone.

Man.
Halloween of 2019 was a little different when it comes to the brewing world. On October 31st, Founders Brewing Company made it official and posted a statement saying that they have thankfully reached a settlement with former employee Tracy Evans regarding an unfortunate racial discrimination case. I wanted to post it for you below; I received this directly from Founders.
Now that things have resolved regarding the settlement, the question now is How does Founders, Mr. Evans, and the industry as a whole progress regarding diversity, erasing racism, and making the playing field level for everyone? I will do whatever I can to make that way. Hopefully you will too.
Ale
---------------------
FINAL STATEMENTS ON TRACY EVANS/FOUNDERS BREWING CO. LAWSUIT
The lawsuit involving Founders Brewing Co. and Tracy Evans has been dismissed after the parties reached a settlement agreement. Per the agreement, terms of the settlement will not be disclosed.
The attached statements are what both sides have agreed to say about the settlement.

Founders Statement:
We are pleased to settle this case and focus on the future. Through recent discussions with Tracy, we listened, engaged in self-discovery, and reached common ground to make amends. We agreed that nobody be viewed at fault here. Most importantly, this serves as an opportunity to place our full attention on the work we now have to do, as a company of more than 600 dedicated team members, to rebuild our relationships.
Significantly, we are committed to moving the cause of diversity and inclusion forward for Founders. We want every employee to feel valued, respected and safe. We abhor discriminatory action of any type and believe that beer should bring people together and not divide.

Tracy’s Statement:
I am not going to say too much here but I want the world to know the power we have when we step forward and make ourselves heard. Upon hearing us, businesses also have the power to make changes or not. I don’t know what happens from here within the doors of Founders Brewing Co. I do know this; we have legal resolution and we have started looking at how ALL of this is affecting human lives. I don’t know what Dave and Mike have planned for the future, but I know that that “seeing color” and valuing people for who they are, and their collection of experiences is the mission.
Learning from our mistakes is also part of the mission. Founders as a whole made some bad choices. I, as an individual made some mistakes but on this day we look to move forward. When someone offers to change, as humans we have a few choices and I have made the choice to see what Founders does with the path that they are about to take. To those that were affected by all of this within Founders and had nothing to do with this, I apologize. To the few of those that were affected by this and you are a part of the problem, I hope you listen to what your company is about to start saying. Craft beer is about coming together and celebrating our differences and no dollar amount should make a company want to forget that. A company is nothing without its workers and you deserve to be valued as such and there should be a clear line of what those goals are. As there are still people working for Founders that I still love very dearly, I hope for nothing but the best for Founders in the future. I will also be moving on and continuing this fight around the world as the issues that I experienced at Founders are not just a Founders issue, they happen everywhere and I vow to continue to be a vessel to help both employers and employees become better at acknowledging, understanding and dealing with them.
Love you all, thanks for the support and let’s continue to stand up for what’s right.